Posted at 8:00 am under Home Safety,Miscellaneous 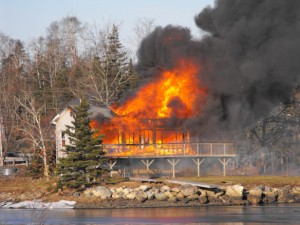 October 3-9 is 2010’s Fire Prevention Week. The House Plan Shop is doing our part to raise awareness about fire safety. Below is a list of facts about home fires and smoke alarms as reported by the National Fire Prevention Association.

·         Cooking is the leading cause of house fires and injuries.

·         Approximately 75% of all homes in the United States have at least one working smoke alarm.

·         Electrical malfunctions and failures are factors in nearly 50,000 reported fires every year.

Keeping these stunning facts in mind, it is time to practice fire prevention at home. Watch for our upcoming blog about fire prevention and fire safety at home. We don’t want you, your family or your home to become another statistic on this list.