Recipe: Sweet and Not too Sour Pork – The House Plan Shop

Recipe: Sweet and Not too Sour Pork

Here’s one of those recipes that was altered from the original because for my family’s tastes, it was just too sour. Of course if your tastes lean in that sour direction increase the amount of vinegar and decrease the sugar. It may have originally had some veggies in it too. That would be the ones that got picked out and left on the plate. It also tastes great with chicken instead of pork.

Sweet and Not too Sour Pork 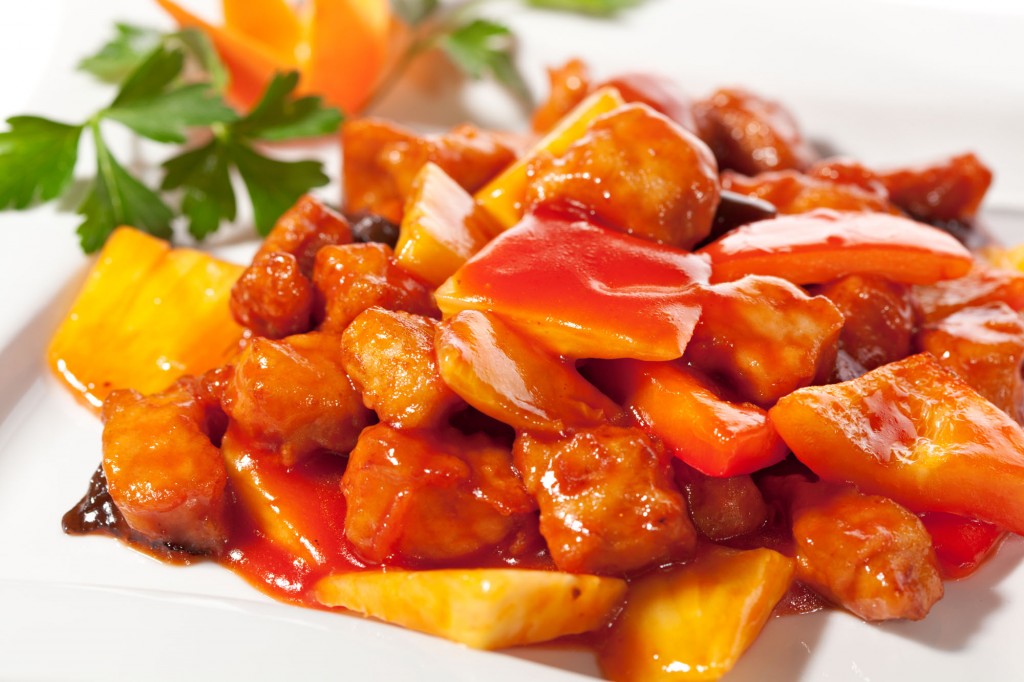 15 oz can of pineapple chunks drained

In a skillet, brown the pork in the oil. Then add the corn syrup, vinegar, catsup, soy sauce, Worcestershire sauce, brown sugar, and pineapple chunks. Bring to a boil and simmer for 10 minutes. Mix the cornstarch with the cold water and add to the pan stirring constantly until mixture thickens about 2 minutes. Serve over prepared rice.